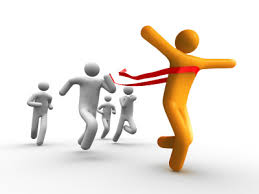 It is almost impossible to come up with a definition of “success”.  This is because it is a personal thing and different people have different views on what success means for them.  It could be a high salary, a certain position in society, a big house, and so on.  Even on a micro level, there can be great contradictions.  For instance, someone may get a promotion and believe that they were successful in their efforts of achieving that.  Someone else may think they were just lucky and had a good day during the promotion interview.  Someone may appear successful to the rest of the world, such as a famous movie star, but in their personal life, they may be depressed and alone because they have lost their private life due their fame.

At the same time, psychologists and organizational experts have frequently attempted to create a definition of success.  Through their research, they have come across the contradictions as described above.  At the same time, however, they have been able to identify a number of key features that people who have achieved success have in common.  Let’s take a closer look.

Knowing When Their Battle Has Been Fought

Someone who has achieved success knows that they cannot win every battle.  This doesn’t mean that they quit, it simply means that they realize when they are wasting their time and energy in a certain situation and then choose to direct it elsewhere.

“They have good intuition and aren’t afraid to make hard choices, despite opposing forces.”
14 Things Every Successful Person Has In Common

They are able to make difficult change decisions, such as having to let go of certain employees, moving away from the status quo and onto something new, or even when to give up on a company they have been running.

They Are Visionaries and Have Dreams

Someone who is successful is also not afraid to dream.  They have visions of what they would like to achieve and aren’t afraid to openly discuss that and work towards achieving those dreams.  This is true even if other people tell them that something simply cannot be done.

“They aren’t easily influenced by the thoughts and opinions of others.  They have willpower.  They have ideas.  Their strong desire brings strong results.  They go out and do things that others say can’t be done.”
The 13 Characteristics of Successful People

Indeed, it is only those who are true go-getters who are able to achieve their goals.  A successful person has a dream, idea or vision and goes for it.  Not doing so would require coming up with excuses, and those who come up with excuses never move any further.  If someone truly wants to be successful, regardless of whether that is in business, sports or their personal life, they aren’t slowed down by obstacles.  Rather, they try to overcome them.

They Have Perseverance and a Positive Attitude

Positive affirmations are becoming increasingly popular and people are indeed starting to understand that positive things happen to positive people.  Those who believe everything will go wrong, or that they will never achieve anything tend to find that their predictions come true.  Successful people, therefore, believe that they will achieve what they have set out to achieve and if things don’t happen straight away, they will persevere until their goals are achieved.

“Extraordinary people have realistic optimism.  Realistic because they take action and optimistic because no matter what the result may be, they believe their success is inevitable.”
30 Qualities that Make Ordinary People Extraordinary

It is important to understand that being successful does not mean that nothing ever goes wrong.  It does not mean that problems don’t appear along the path of the successful person.  Rather, it means that they understand obstacles are there to be overcome, that they are simply there to test them on their journey.  Because they believe in themselves and are very optimistic, they aren’t thrown off course by these obstacles.  Rather, they come up with ways to get over them.

They Have a Support Network

Successful people also have a very strong support network.  They understand that there is no “i” in “team”, but that any achievement is a joint achievement.  This is true regardless of where these people achieve success.  If it is in their personal life, successful people tend to have a number of very close, very good friends, and a large group of acquaintances that all have something to give.  In business, a successful person builds a strong team around them, so that all tasks can be completed properly.  In most cases, the support network they build up around them is deliberately set up.  Indeed, they spend quite a lot of time seeking people who are like them, be that through networking events, online forums, etc.  Being successful means being successful with other successful people.

“Successful people build strong support networks of people they can count on.  Their networks usually consist of people who are willing and ready to give them a helping hand if need be.”
12 Characteristics You Must Have in Order to become a Successful Person

They Know How to Communicate

Finally, successful people are incredibly strong communicators.  They are able to get their message across and to motivate people to help them achieve their goal.  At the same time, they aren’t blindsided by their goals and take the time to understand what others want as well.  Because they surround themselves with a good support network, they have to take time communicating properly with these people as well.  This means they are not just good at bringing a message to them, they are also good at listening to the needs of those around them.

These are some of the things we tend to see in all people who are seen as successful by others, and who see themselves as successful as well.  Besides these qualities, they tend to be generous and brave, as well as confident.  Finally, successful people read a lot.  They always increase their knowledge and one of the ways to achieve this is by reading.  This doesn’t mean that they have to read academic texts all the time.  Rather, they simply read, be that something entertaining or something relating to their business.