It is unavoidable to have conflict and other issues within a workplace. Everybody within an organization should have some knowledge about conflict resolution and how to manage interpersonal relationships, but sometimes real conflict can only be resolved by leaders and managers. There are a number of workplace issues that are very commonly found in various workplaces around the world and being aware of these and the strategies used to resolve them will help you to come to a quicker solution should you come across them in your own workplace.

This information can be beneficial for everybody from the grass root level to senior management, as it is also a useful tool to recognize how your own behavior may contribute to the start of certain conflicts. 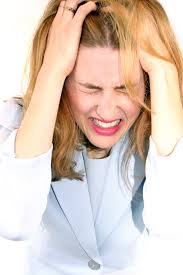 Stress causes people to behave in ways they wouldn’t normally behave, makes them respond uncharacteristically and generally feel bad about themselves and the world around them.

Some stress is good, but too much stress can lead to a full-blown burn-out. When people are stressed, they can respond in inappropriate manners, potentially leading to workplace issues.

“Of those surveyed, 62 percent said stress was in the top five of problems faced by workforces, while more than a quarter picked it out as the top hazard at work. The survey also found that the problem is heightened in the public sector, with 68 percent saying it is a concern compared to 54 percent in the private sector. Stress is more prevalent in larger workplaces.” Stress – Most Common Health, Safety Problem at Workplace

Stress can be hard to resolve, but recognize your own capabilities, be assertive and do take on more than you are capable of actually doing. 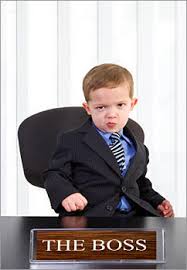 Poor leaders and managers cause untold conflicts at work. Because they are hierarchically at the top, even if they proclaim to have an open door policy, people feel uncomfortable coming to them to offer criticism.

Instead, they talk amongst themselves about their unhappiness with their leaders and managers, which can cause incredible problems, not in the least because it leads to a lack of trust between those who need a leader and those who are doing the leading. Luckily, this problem can be resolved as well.

“First, you should try to understand the reasons for your boss’ difficult behavior. Assuming your boss generally behaves in a fairly reasonable manner, and that their difficult behavior seems to be a result of stress overload rather than their character, chances are good that the behavior can be modified. If your boss’ behavior seems to reflect a chronically hostile, abusive style of interacting regardless of the amount of stress in the workplace, the chances are less positive that the behavior can change. In fact, you may want to consider seeking counsel from a trusted mentor or human resources professional to evaluate your options.”
Managing Your Boss – The American Psychological Association

At the same time, recognize that your emotions are being negatively affected and that your reactions to this may be disproportionate. There are always wrongs on every side. 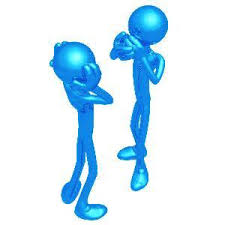 One of the main reasons for conflict, as found in various surveys, is communication issues. These communication issues are twofold. First, someone can take something that someone else said the wrong way, which will lead to friction. An even bigger communication issue, however, is when people don’t address the problem directly but rather talk about it with other people. Office gossip, as such, is incredibly detrimental to an entire organization. The solution, luckily, is not hard to be found, particularly when using mediation.

“Rather than being perceived solely as an inhuman “supervisor” or an arrogant trouble-making “employee,” mediation encourages communication on a direct human level. In mediation, the individual is not subordinated to the outcome, but helps to create it. Responsibility is then not on someone else, but on the parties themselves.”
Workplace Disputes by Kenneth Cloke

Many people still believe that when we leave high school, some sort of magical switch is flicked and bullying ceases to occur. Anybody who has been in a workplace longer than a month will tell you that this is absolutely not true.

Bullying in the workplace is about as common as it is in school and it is often worse, because adults better know how to hurt people emotionally.

“More than half of American workers have been the victim of, or heard about, supervisors/employers behaving abusively by making sarcastic jokes/teasing remarks, rudely interrupting, publicly criticizing, giving dirty looks, yelling at subordinates or ignoring them as if they were invisible, according to a 2007 survey by the Employment Law Alliance. Not to mention the 44 percent who said they have worked for a supervisor or employer whom they consider abusive.”
Five Common Workplace Dilemmas by Simple Girl

Bullying is very hard to deal with, because it breaks down confidence. The best possible solution is to document everything that happens and speak to a confidant about it, perhaps someone in HR. Help is out there that doesn’t require direct confrontation on your part. 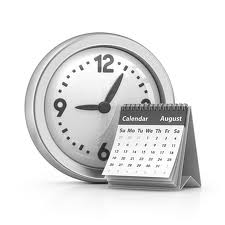 Last but not least, attendance problems cause huge conflict among the workforce. One of the problems associated with this is that it is very visible. On the other hand, possible solutions often aren’t visible, which means that to the rest of the workforce, attendance isn’t dealt with properly. Because they don’t have all the facts, they are in no position to truly have an opinion and even if they do, they shouldn’t voice it on the office floor.

“Chronic attendance problems and lateness are a frequent cause for discipline. And rightly so, since poor attendance and tardiness affect productivity and the morale of co-workers.” What Are the Most Common Discipline Problems in the Workplace?

If you find yourself in a situation where conflict starts to arise because of the attendance record of someone else, you must take this up with management, even if it is just to stop gossip from occurring and thereby causing further problems. If the attendance of another person is causing you issues in terms of your workload, it is even more important to speak with a leader or manager, as your own performance will start to be affected.