If you want to grow your business, you will also generally have to grow your workforce.  Being successful is all down to finding the right people and putting them in the right role.  They all have to align with the goals and objectives of the organization.

No matter what stage of growth your business is in, you must focus on hiring top managers that are, in turn, able to get the right people for the jobs within their teams.

“An understanding of how hiring will support your business strategy.”  Recruiting and Hiring Capable, Self-Motivated People

Second, a philosophy has to be created to know who to recruit and hire.  Third, an attractive employment package has to be created and, finally, the hiring process has to follow all the laws.  However, the hiring process is just one part of a business’ overall recruitment plan.  Another very important factor is your strategy for recruitment for promotions.  In order to promote staff, you have two main options available to you.  The first is to search inside your company and promote someone with the right talent at the right time.  The second is the option of hiring someone from outside of the company itself.  Both options have their pros and cons. 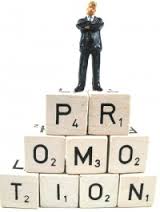 More and more experts now agree that it is better to hire staff from the inside, rather than going to external sources in order to find talent.  Various studies have demonstrated that people who are brought in externally have a far greater chance of having their contract terminated.  Not just that, they also generally spend two years performing less well than they do afterwards.

One of the reasons for this, it is believed, is the fact that employers significantly underestimate how long it takes someone to integrate into an organization.

“Employers underestimate the time it takes for workers to get up to speed.  After two years, the performance reviews of the external hires caught up to the internal promotes.”  Why Promoting From Within Usually Beats Hiring From Outside

Unfortunately, only a relatively small percentage of newly hired people last for those two years.  Because their performance is not as good as expected, many are laid off.  Additionally, a large number of others move on to better or different jobs.  As a result, they are never able to make a true positive impact on the company.

Of course, there is also the financial factor.  Although the economy is once again growing and has recovered from the financial crisis, the reality remains that budgets haven’t grown substantially yet and money is still tight.  Hiring someone from the outside, therefore, is often not possible.

“The average cost of finding and hiring someone from outside the company is 1.7 times more than an internal hire ($8,676 vs.  $15,008), reports the Saratoga Institute.”  The Power Within: Why Internal Recruiting & Hiring Are on the Rise

Considering around half of all external recruitment efforts end up being unsuccessful, whereas only a quarter of internal ones do, it becomes clearer and clearer that internal processes should be employed.  Another reason for this is the fact that it is known that companies who regularly promote have far higher rates of staff retention.  If people know that they are likely to get promoted at some point, they are much less likely to continuously be looking for a position elsewhere.  Since retention should also be a major factor for any company, this is an important issue.

“There is an abundance of research on the market which shows us that lack of career advancement opportunities is one of the main reasons that desirable, high potential employees leave a business.”  Promote from Within or Hire From Outside?

It was recently revealed in a study that 29% of workers say they consider leaving due to the fact that there are insufficient career opportunities.  3,300 people were studied for this, which has painted a very revealing picture.  Thankfully, employers are taking notice of this and are looking into how to best serve the needs of their organization and their staff.

Hiring From the Outside

One the other hand, it is also important to recognize that hiring someone from the outside has a few advantages as well.  The main advantage has to do with skills.

“Although in-house employees have a leg up on company culture, they might not have the skills needed to best fill the open position.  For that reason, you should always base your decision to promote from within or hire from the outside on the kind of expertise you need.”  When Is It Better to Promote from Within Your Company?

Another thing to recognize is that because of financial circumstances, many companies who hire from within do not then backfill the position that the promoted person leaves behind.  In doing so, they significantly increase the workload of those who are left behind.  Even if an internal promotion would be employed for each of the positions, that would still leave one position open.  Every position is a vital cog in the organization, so this means that there is a deficit in manpower which, in turn, leads to poorer performance.

Of course, it must also be noted that hiring from the outside improves the overall economy.  After all, those people who are seeking work while being unemployed will need to find jobs as well and they struggle if people are promoted internally, particularly when the positions they came from don’t get backfilled.  On the other hand, some would say that the social and moral responsibility a business has does not extend beyond its own culture, meaning they are under no obligation to bring members of the community into their own workforce.

Experts agree that the priority for any business should be on developing internal leaders.  They must, at all times, recognize talent when it is there and have processes in place to make sure this talent is utilized as well.  If, however, the right talent is not in place for a new position, it becomes necessary to bring someone in from the outside.  After all, the most important issue is the success of the company as a whole, which every employee should focus on as well.