On a recent episode of “Bones” Dr. Temperance Brennan, played by Emily Deschanel, became intrigued by a book from Phil Jackson that outlined his management philosophy and style. As a result she pulled her team of interns together to work on an unsolved, cold-case murder. This murder occurred over 10 years ago and it seemed an impossible task to solve it now. Using the legendary basketball coach’s philosophy she challenged her team to take a look at solving the mystery through fresh eyes. This caused the interns to come together as a team, put aside egos and solve the mystery proving to them that when they pulled together as a team they could accomplish the impossible. An excellent object lesson for all of us trying to develop strong teams.

That’s When The Light Bulb Went Off

Phil Jackson has demonstrated throughout his long and successful career an innate ability to structure winning teams and understand the abilities and contributions of all the members of his teams. You can’t argue with success, so let’s take a look at Phil Jackson in an attempt to glean some nuggets of wisdom. 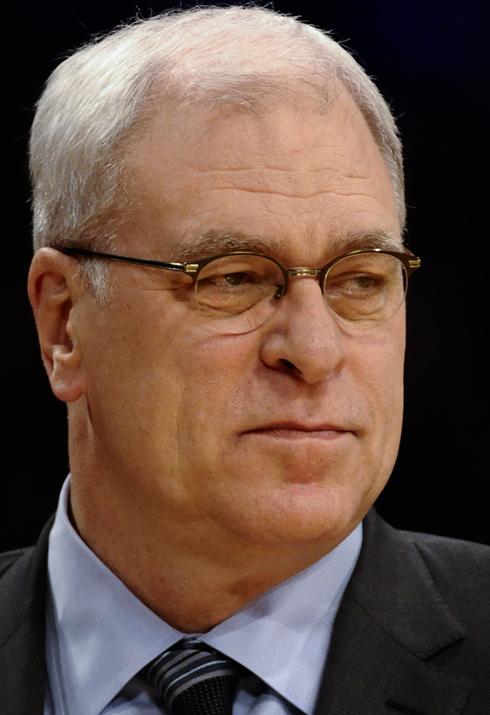 Philip Douglas “Phil” Jackson (born September 17, 1945) is a retired American professional basketball coach and former player. Jackson is widely considered one of the greatest coaches in the history of the National Basketball Association (NBA). He was the head coach of the Chicago Bulls from 1989 until 1998, during which Chicago won six NBA titles. His next team, the Los Angeles Lakers, won five NBA titles from 2000 until 2010. In total, Jackson has won 11 NBA titles as a coach, surpassing the previous record of nine set by Red Auerbach. He holds the record for the most championships in NBA history as a player and a head coach, after breaking the tie with Bill Russell when the Los Angeles Lakers won the 2009 NBA Finals. He also has the highest winning percentage of any NBA coach (.704). Jackson was a player on the 1970 and 1973 NBA champion New York Knicks. Jackson is known for his use of Tex Winter’s triangle offense as well as a holistic approach to coaching that is influenced by Eastern philosophy, earning him the nickname “Zen Master”. Jackson cites Robert Pirsig’s book Zen and the Art of Motorcycle Maintenance as one of the major guiding forces in his life. He also applies Native American spiritual practices as documented in his book Sacred Hoops. He is the author of several candid books about his teams and his basketball strategies. Jackson is also a recipient of the state of North Dakota’s Roughrider Award. In 2007 Jackson was inducted into the Basketball Hall of Fame. In 1996, as part of celebrations for the National Basketball Association’s 50th anniversary, Jackson was named one of the 10 greatest coaches in league history. Jackson’s greatest strength is his ability to create strong culture, leadership and group harmony/chemistry. Because of this the talent he has had at his disposal (Jordan, Pippen, Shaq, Bryant), and the famous “Triangle Offense” system have combined to produce 10 NBA Championships.

“Jackson was the student, with Winter teaching him over the years during film sessions, organizing his practices, explaining all the details. Jackson soaked it all up, and then provided that special touch of genius that Winter lacked — a masterful ability at team dynamics and group building. Winter often said the triangle would never have gone far in the NBA without Jackson’s ability to elevate it to relevance and sell it to the players, especially superstars such as Michael Jordan and Kobe Bryant.” – Roland Lazenby

Take home message from Phil Jackson’s coaching – number one priority in coaching is to create a strong culture by developing such things as leadership, empowerment, communication, care for others, relationships, trust, and motivation.…From:  TeamSportCoaching.com

“In basketball — as in life — true joy comes from being fully present in each and every moment, not just when things are going your way.”

“Like life, basketball is messy and unpredictable. It has its way with you, no matter how hard you try to control it. The trick is to experience each moment with a clear mind and open heart. When you do that, the game–and life–will take care of itself.”

“Once you’ve done the mental work, there comes a point you have to throw yourself into the action and put your heart on the line. That means not only being brave, but being compassionate towards yourself, your teammates and your opponents.”

“Love is the force that ignites the spirit and binds teams together.”

It’s unreasonable to think we can all become Phil Jackson just by studying his management philosophies….but there are definitely lessons to be learned. In business we need to use all the tools available to create success and also help those we manage succeed.

The Power of Selflessness and an Empty Mind: Phil Jackson’s Coaching Philosophy

16 thoughts on “Developing Teamwork Using The Philosophy Of Phil Jackson”